Kotug Australia Pty Ltd (KOTUG) has won the contract to operate the tugboat fleet for Fortescue Metals Group (Fortescue) in the Port of Port Hedland, the world’s largest bulk export port on Australia´s west coast. The fleet consists of six (6) Fortescue owned ART 85-32W tugs, and three (3) additional tugs, which will be chartered directly to Fortescue. In May 2016, Fortescue was awarded a second towage license for Port Hedland and the new ART 85-32W Rotortugs will enable them to offer long-term, efficient and sustainable towage services.

KOTUG has appointed Westug Pty Ltd (Westug) to manage the local Pilbara operations. Westug is an Australian port operations provider delivering specialised marine services to a variety of industries and has operational bases throughout Australia including the Pilbara, Whyalla, and Melbourne.

Under the operating model, Westug have delegated authority from KOTUG to manage operations of the Tug Fleet and crews to the satisfaction of Fortescue. This unique set up will leverage from the highest health, safety, environmental and quality standards, operational performance, and world-renowned training to provide greater flexibility, cost efficiency and exceptional service delivery for Fortescue and Port Hedland.

“KOTUG believes that this unique combination of local Australian knowledge and worldwide operational experience is not only vital to providing a reliable, safe and long-term solution to Fortescue’s and Port Hedland’s terminal service vessel requirements, but will be a resource to Fortescue’s terminals, in any marine endeavor that it chooses to embark on in the future” said Ard-Jan Kooren, CEO at KOTUG.

Westug CEO, Mark Malone, said: “We are pleased to support and partner with KOTUG on this contract. Westug has a wealth of experience in the delivery of towage operations in Western Australia and combining our capabilities with the world leader in Rotortug design and operation, enables us to deliver a complete solution to Fortescue and Port Hedland port users.”

KOTUG’s services in the Australian region include sixteen (16) terminals to infield support vessels, of which fifteen (15) are based on the Rotortug configuration, serving BHP, Australian Maritime Safety Authority, Shell and ConocoPhillips. 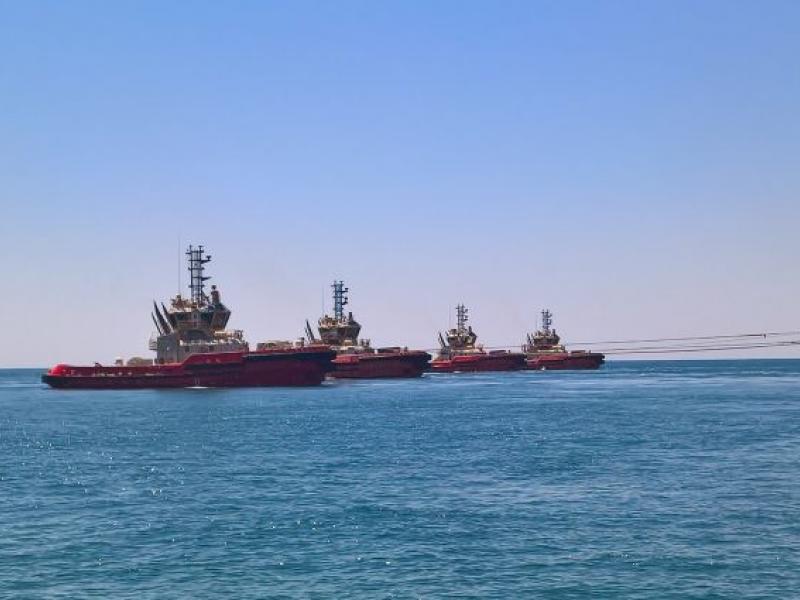